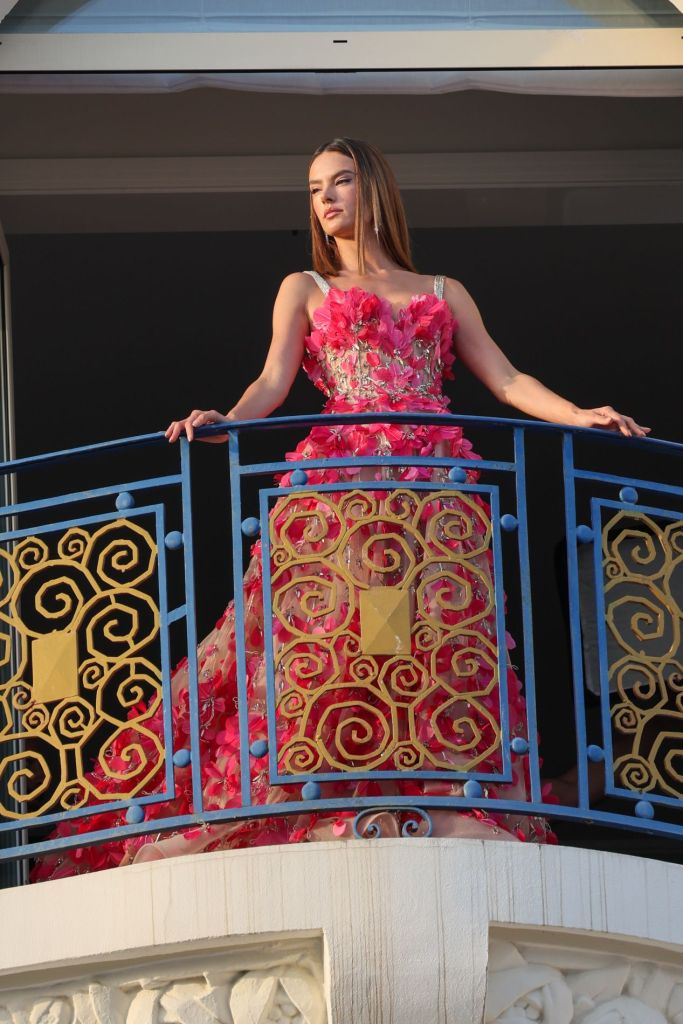 If you purchase an independently reviewed product or service through a link on our website, Footwear News may receive an affiliate commission.

Alessandra Ambrosio looks like a princess in pink florals at the 2022 Cannes Film Festival.

The 75th Cannes Fim Festival brought stars from all over to celebrate the fifth day of all things film. Former Victoria’s Secret Angel Alessandra Ambrosio stunned once again, but this time in a more colorful ensemble on Saturday in the South of France.

The model wore a large cascading gown and was snapped waving to fans on the balcony of her suite at the Martinez like a true princess. Ambrosio peeked over the balcony, waving to fans in a gown with a sweetheart neckline and loads of floral accents. The dress was also dotted with silver sparkles and was held up with thick white straps.

Ambrosio’s gown was larger than life with a skirt that took up almost the whole balcony. Beneath all the floral details and sparkles, the fabric the dress was made of was a sheer nude tulle. While the shoes aren’t visible, a nude heel to match the nude tulle would work nicely. For a pop of color, the model could have gone for a pink heel that matched the pink floral elements on the dress.

The Cannes Film Festival celebrates and previews upcoming international films. Held annually on the French Riviera, this year’s festival, which runs May 17-28, will see a return to its standard live format for the first time since 2019 — though Russians with government ties have been banned from attending in solidarity with Ukraine during the ongoing war. On the starry front, the 2022 Festival will host more Hollywood-focused films than it has since 2019, where highly anticipated movies “Top Gun: Maverick,” “Elvis” and “Armageddon Time” will be shown. Additionally, the prestigious Palm d’Or award, the Festival’s highest prize, will be judged by a jury led by actor Vincent Lindon.

Click through the gallery to see the 2022 Cannes Film Festival arrivals.