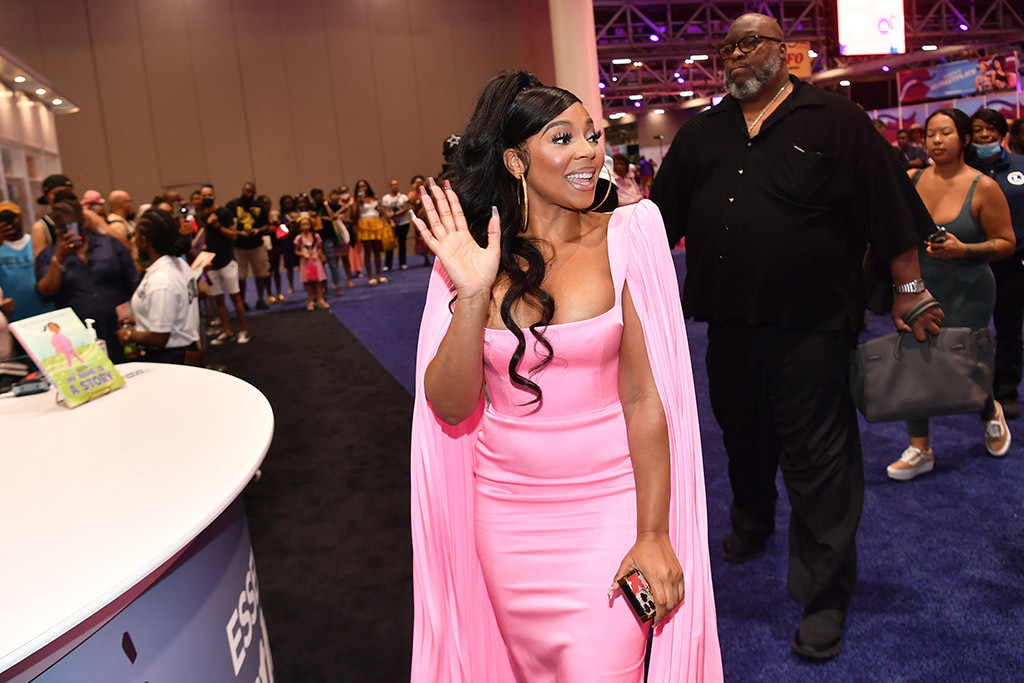 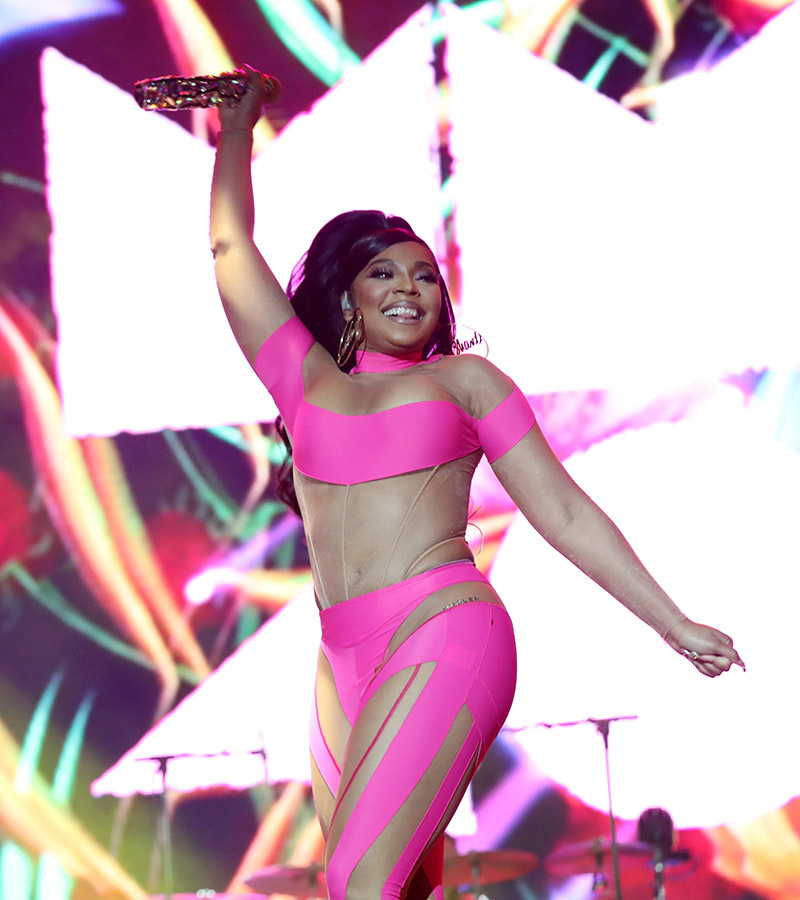 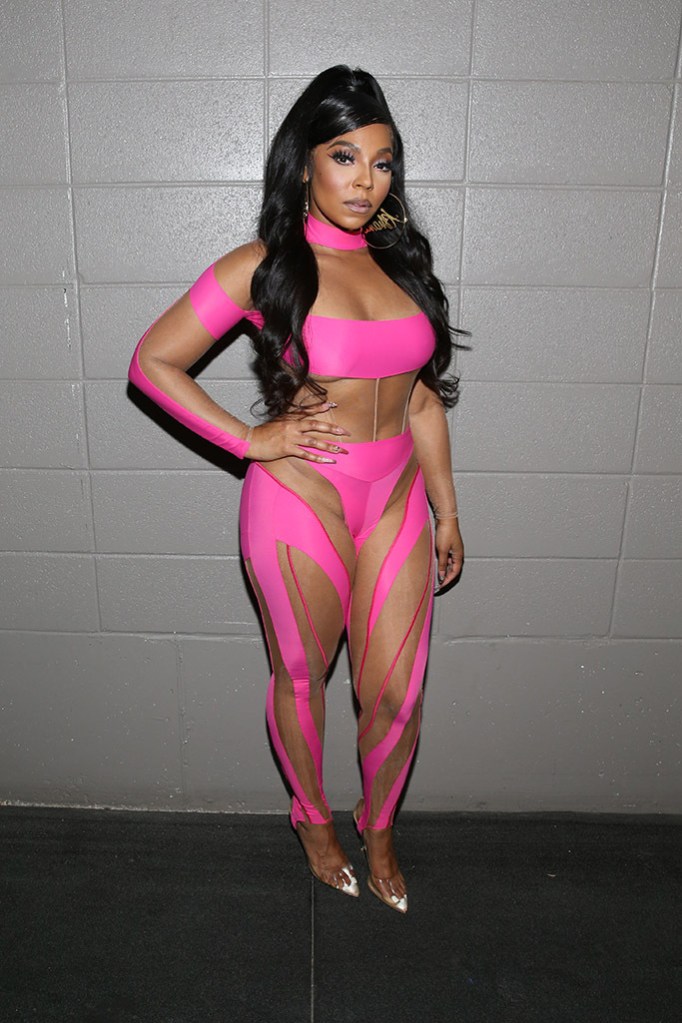 Ashanti is embracing pink as her color for the Essence Summer Festival of 2022 in an Alex Perry cape dress. With this highly glamorous look, Ashanti swept the night. The dress was a bubblegum pink color that featured a square neck front with a thin bodice. Her sleeves puckered around her shoulders, as chiffon sleeves drifted down with a slight slit, exposing her arms. The dress had many elements and almost mirrored a modernized style of royal-wear.

She didn’t wear many accessories, because, with a dress like that, it would be overbearing. Instead, she wore a pair of large gold hoops matched by a dramatic hairstyle that included a gelled side part into a curly updo.

Her shoes were hidden under her skirt.

Ashanti also performed during the festival, again choosing pink. For her show, the singer had on a hot pink Mugler bodysuit, which featured a mock neck with cutout designs across the middle of her arms, her bust, and then further down to her waist. The design mirrors geometric lines, which make interesting shapes along with the sheer fabrics of the suit.

Megan Thee Stallion and Dua Lipa are also fans of Mugler’s illusion designs as they have worn the intricately-detailed Mugler bodysuits for some of their performances.

Ashanti switched up her accessories slightly, swapping out plain hoops for nameplate versions that add a fierceness to the overall glammed look. Her PVC footwear brought its own attention, with a pointy-shaped heel that shows the “Rock Wit U” singer’s perfectly white pedicure. An invisible heel on this occasion was such great thinking as the overall look hones in on transparency, so the design of the heel worked great with the suit.