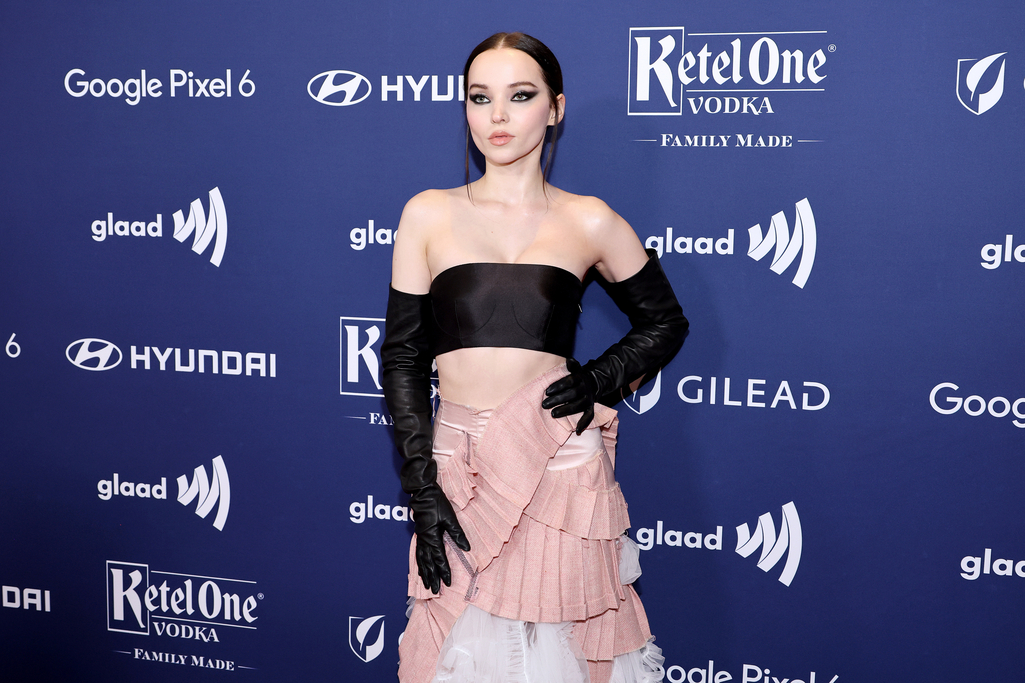 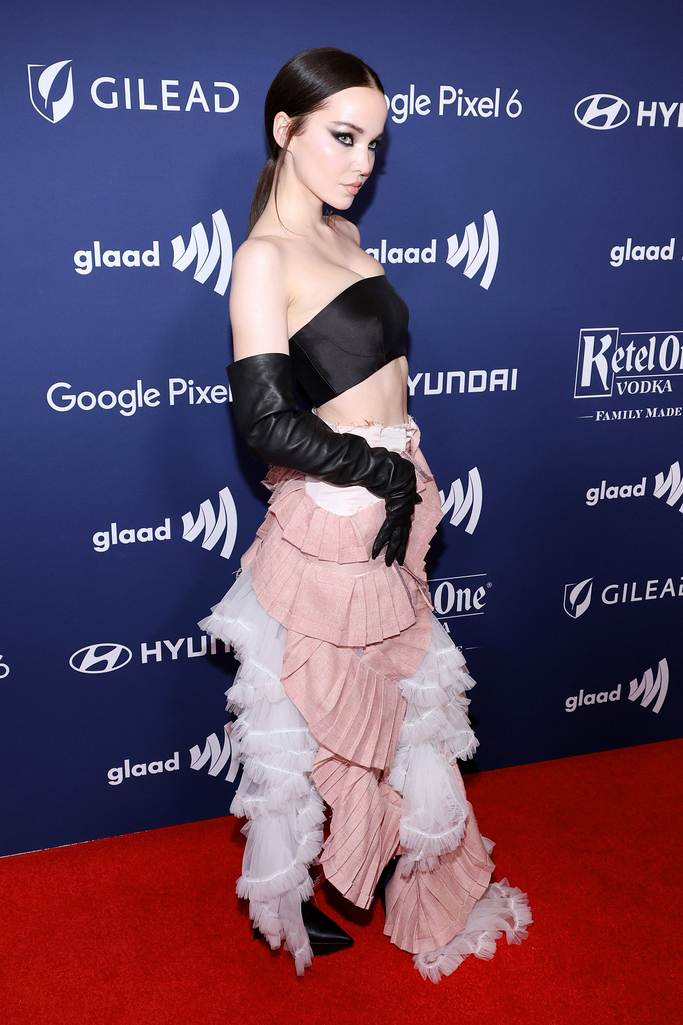 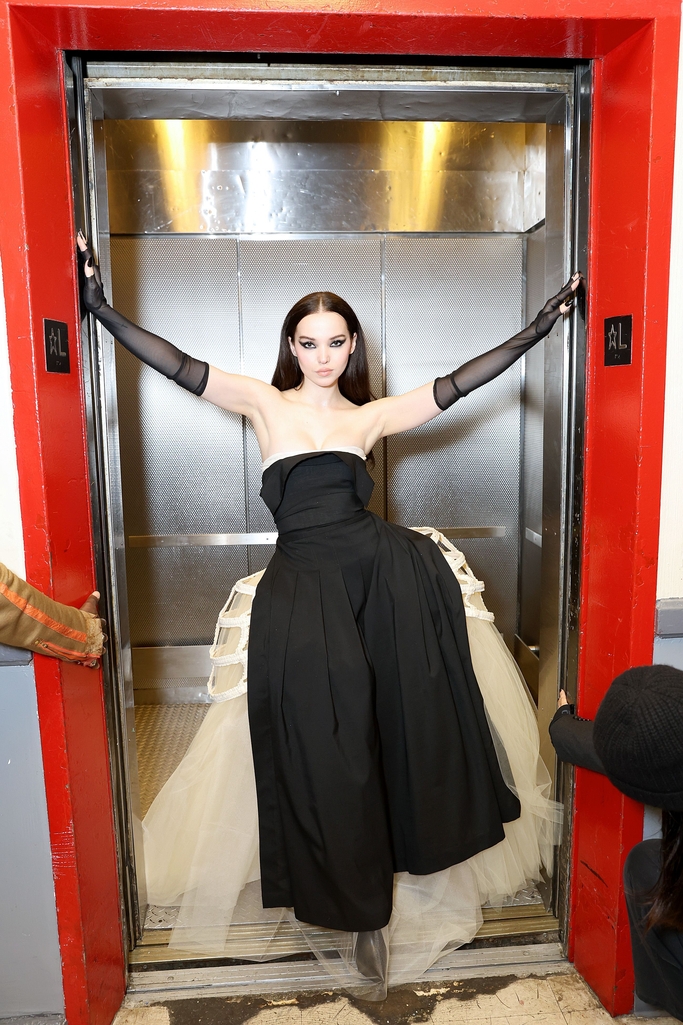 Dove Cameron is in the midst of a killer style evolution, swapping out her glam girl-next-door fare for a darker trendy style ripe with edgy rocker elements.

The 26-year-old singer and actress recently put her daring fashion on display at the GLAAD Media Awards on May 6, an event celebrating the LGBTQ community’s impact on television, movies, music and various forms of media.

The dress featured a sleek black ballgown silhouette with an empire waist and a full skirt at the front and back — but the sides of the dress exploded with experimental elements. The gown featured a protruding white cage detailing at the hips and white tulle that stuck out from underneath.

The star paired the edgy ensemble with slouchy opera-length Marc Jacobs leather gloves and the same Amina Muaddi boots she wore to perform. To walk to the carpet, Cameron pulled her hair into a sleek low ponytail with a middle part.

Talk about a show-stopping stunner.

See how heels evolved through the years.