DaBaby is a famous rapper that has faced a lot of controversy over the past few years.

It’s no surprise to find out that his height and appearance gained him his nickname and have impacted his career overall, but in what way?

Jonathan Lyndale Kirk, also known as DaBaby, was born on December 22, 1991. His claim to fame came in 2019 after releasing his album Baby on Baby, and since then, he has hit the top charts several times. 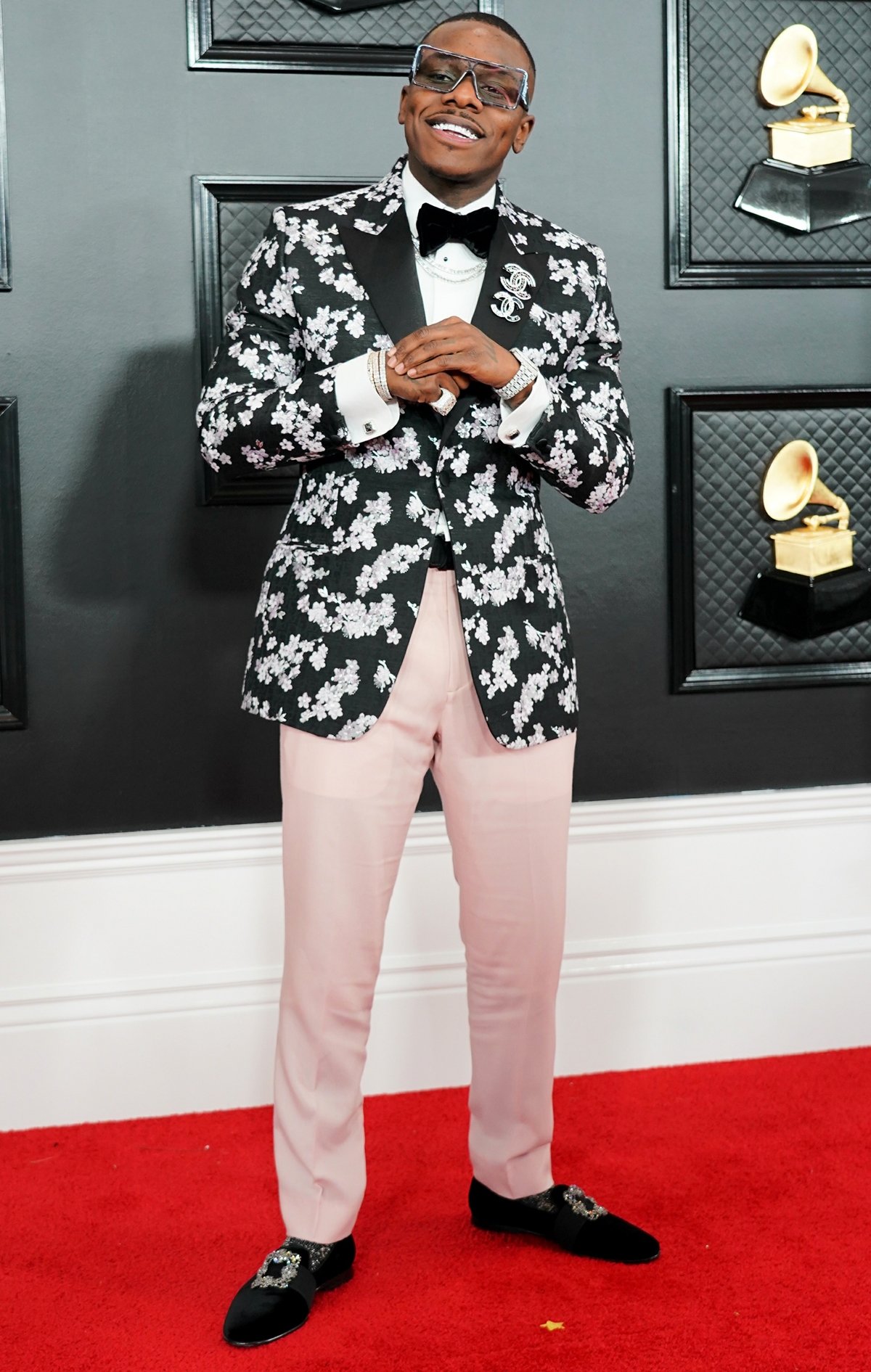 DaBaby was born in Cleveland, Ohio but moved to and grew up primarily in Charlotte, North Carolina.

His fame was promoted largely by North Carolina residents, as DaBaby spent his life here before going viral and even attended college at the University of North Carolina at Greensboro for a few years.

Where Did the Nickname ‘DaBaby’ Come From?

Did you know that DaBaby originally went by the name Baby Jesus?

It’s true! After releasing his first mixtape, DaBaby changed his name to what it is today because he didn’t think Baby Jesus was a name that could make it in the hip-hop world. He was afraid that this name would be offensive. 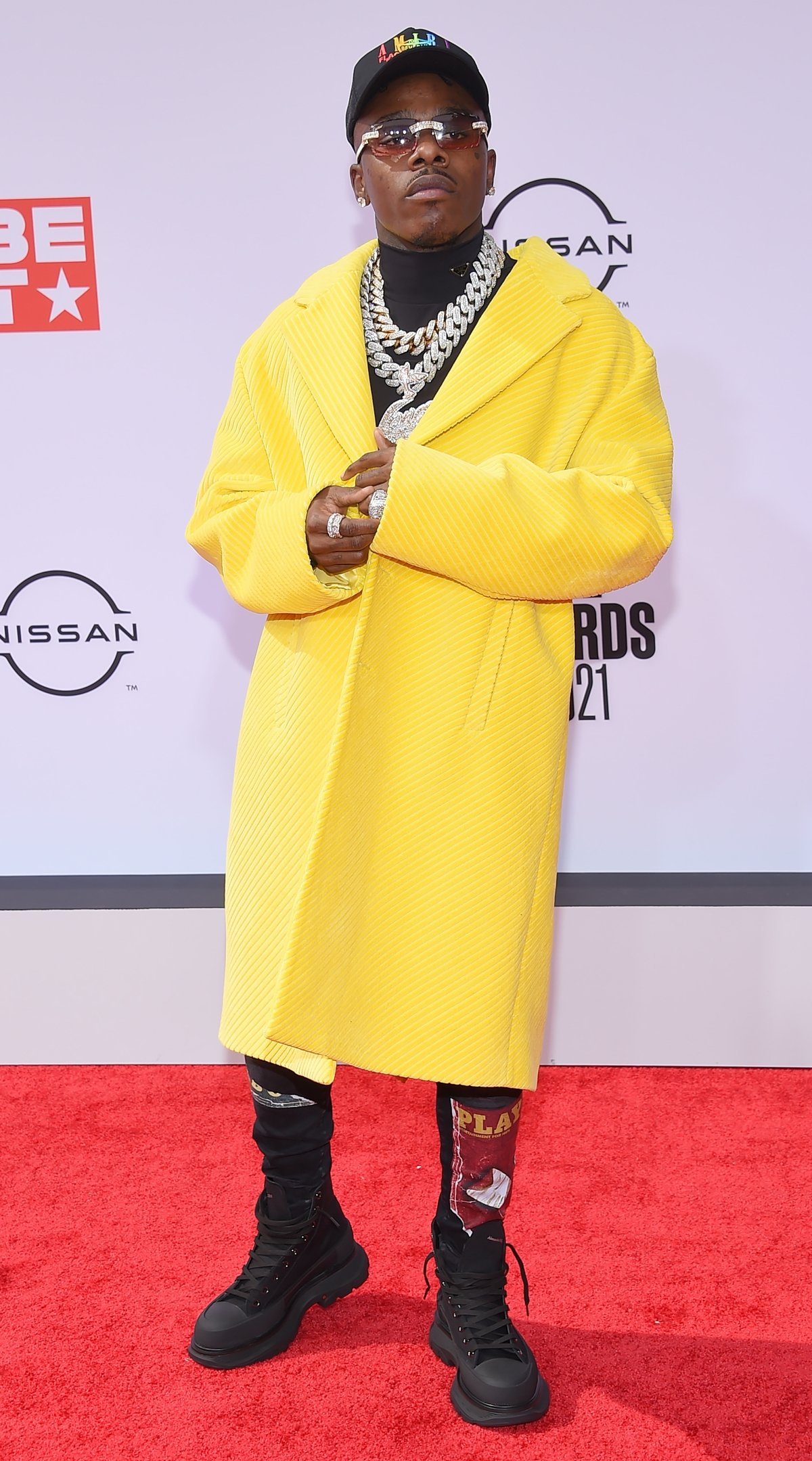 Formerly known as Baby Jesus, Jonathan Lyndale Kirk changed his stage name to DaBaby in order not to offend anyone and because he’s known as “the baby” in his family (Credit: DFree / Shutterstock)

DaBaby stated in an interview with Fuse that the use of the word “baby” in his stage name relates to the fact that he is the youngest of his siblings and has always been the baby.

Has DaBaby’s Height Impacted His Career?

For a while, rumors circulated that DaBaby was the shortest rapper in the industry. He claims he is 5’7, though fans swear that he is shorter. His real height is likely around 5ft 6 ½ (168.9 cm).

The average height in the United States is around 5 feet 9 inches (175.26 centimeters) for men. 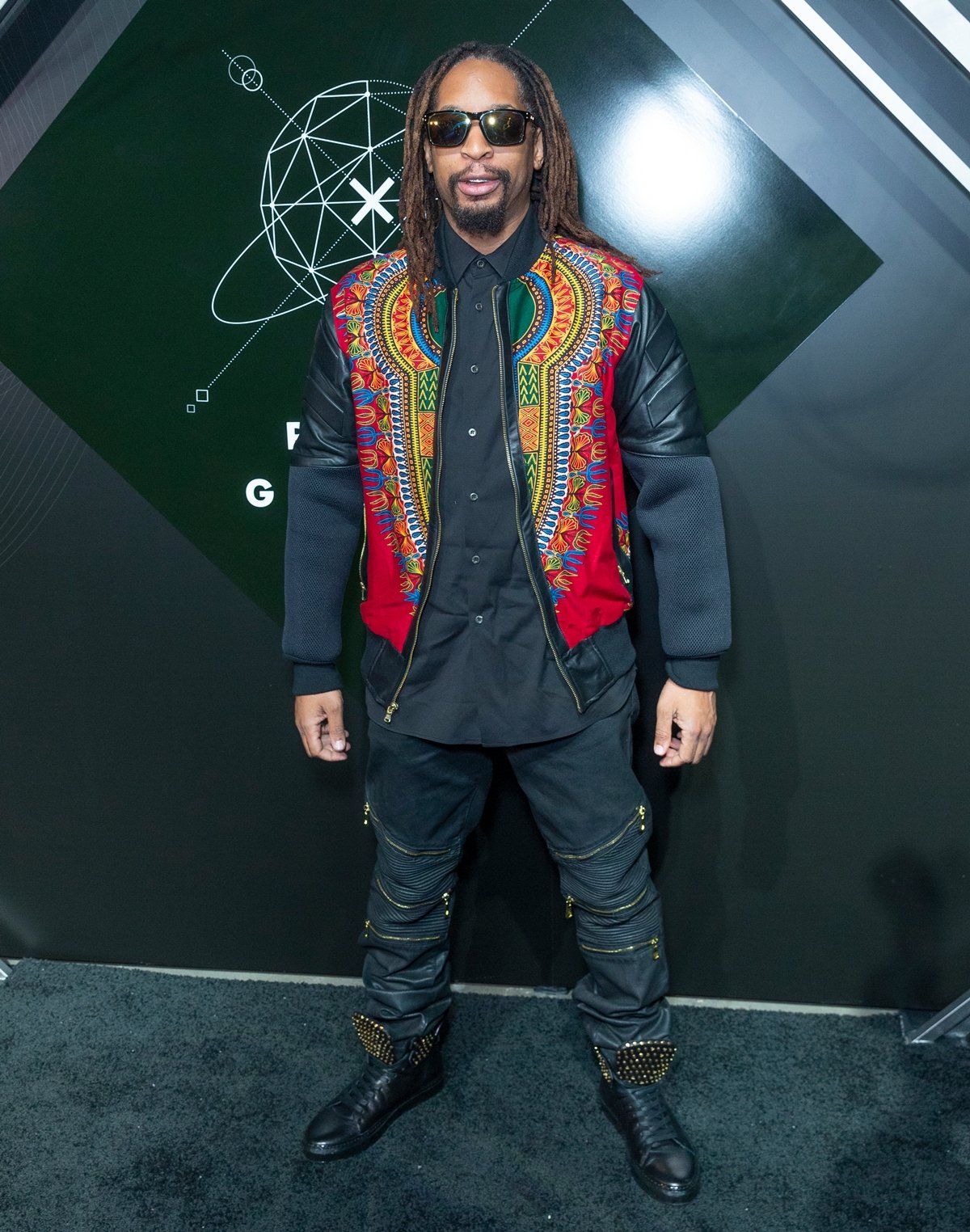 DaBaby’s height and young-looking appearance have helped him gain traction online. Many fans that had never heard of his music before came to him after seeing viral posts about his height! 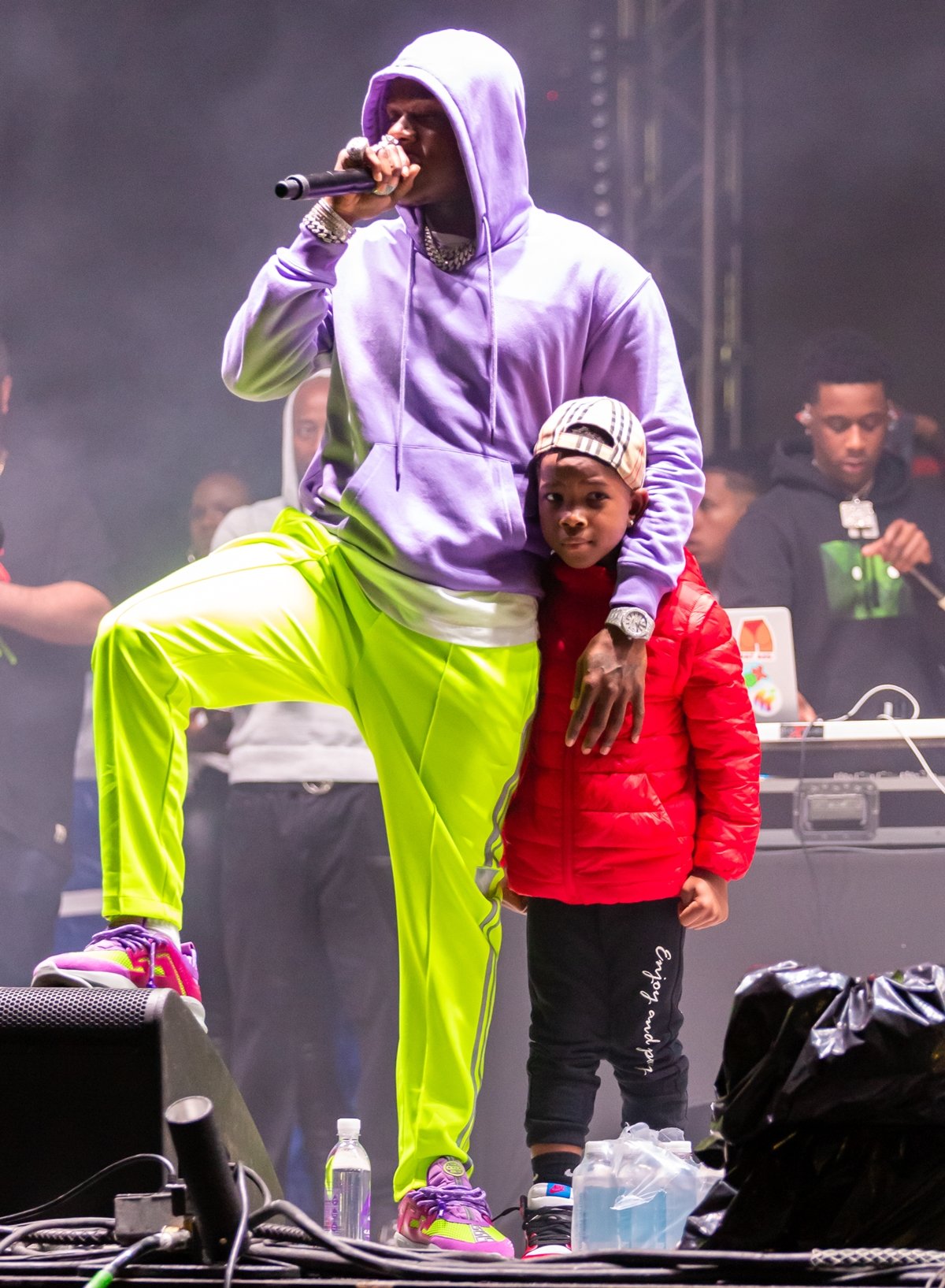 This happened after photos of DaBaby walking with his bodyguard came out and had the world wondering how tall he really was.

Has any of this impacted his career? Not in a bad way.

DaBaby’s young appearance and short height have been the butt of many jokes and celebrity roasts, but these taunts have done nothing but make him grow in search algorithms which has in turn given him more clout and publicity.

While his height has not had any negative impact on his career, his behavior and the controversies he constantly finds himself involved in have.

In 2018, DaBaby was arrested for shooting someone in Huntersville, North Carolina after a fight at Walmart. The 19-year-old that was shot later died due to his injuries.

DaBaby claimed self-defense and every charge, except for a misdemeanor for carrying a concealed weapon, was dropped.

Just four years later, in 2022, DaBaby was in trouble again for shooting someone who came onto his property in Troutman, North Carolina. He was not given any charges.

DaBaby has also been in the spotlight for being questioned in connection with a robbery in Miami in 2020, receiving a charge for battery in Texas after his crew seriously beat up and robbed a music promoter who did not pay DaBaby the entire fee he was owed, slapping a woman at his concert in 2020, and jumping DaniLeigh’s brother at a bowling alley in 2022.

DaBaby has consistently been in the hot seat for his homophobic remarks at his concerts, specifically at Rolling Loud in 2021.

These comments resulted in Lollapalooza canceling his appearance and several other festivals and brands backing out of deals with him. 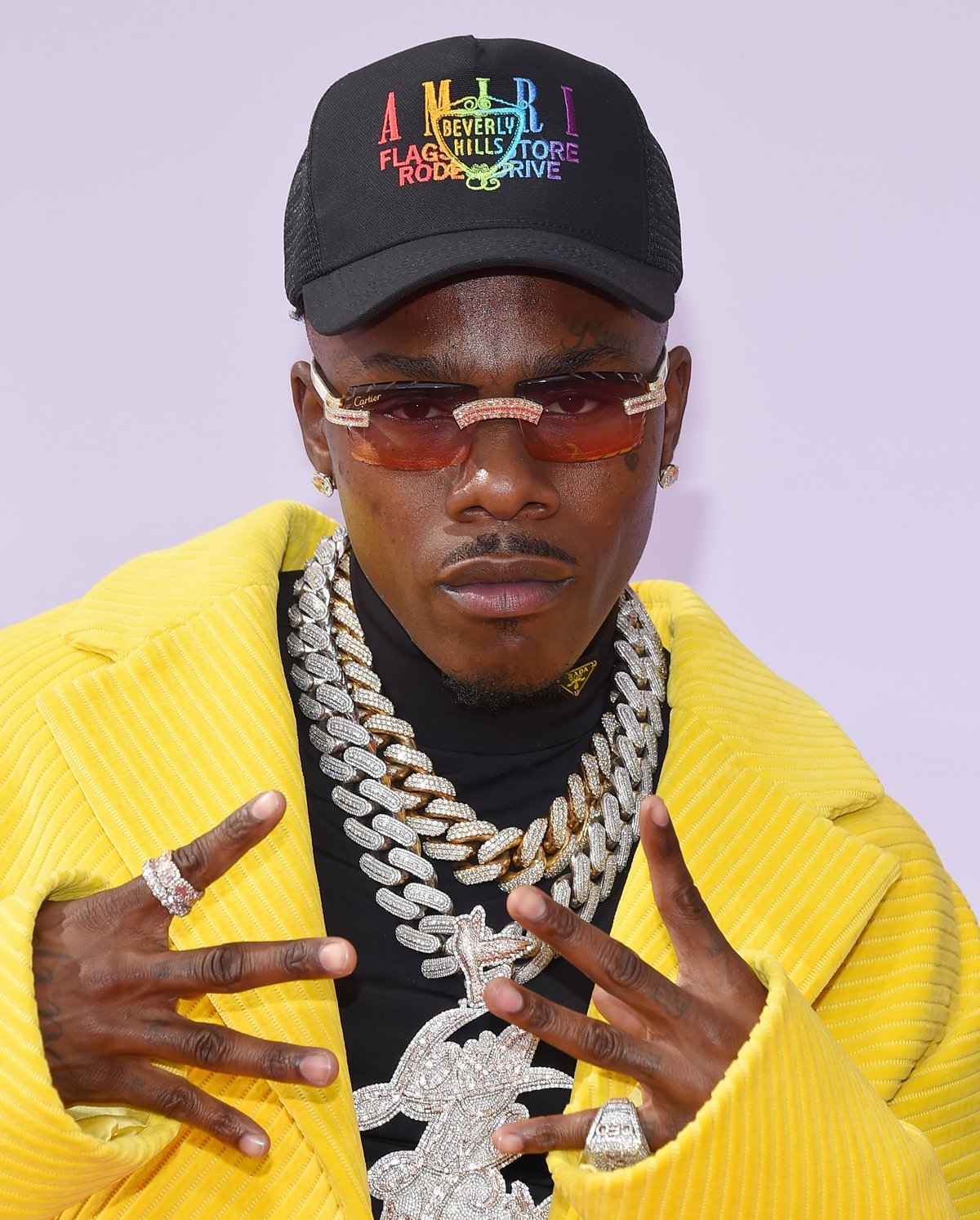 DaBaby claims to be stand at five feet seven inches tall, but his actual height is believed to be around 5ft 6 ½ (168.9 cm) (Credit: DFree / Shutterstock)

In April of 2022, a video of DaBaby forcing himself on a woman against her will went viral though he denied any allegations of sexual assault.

Will DaBaby Continue Up The Ranks?

Once a beloved rapper notably known for his baby face, DaBaby has been at the center of violence and controversy lately, which is not good for anyone’s career.

Will he turn it around, or is he going to be overcome by this history of behavior?

The post How DaBaby’s Short Height Has Impacted His Career appeared first on Your Next Shoes.