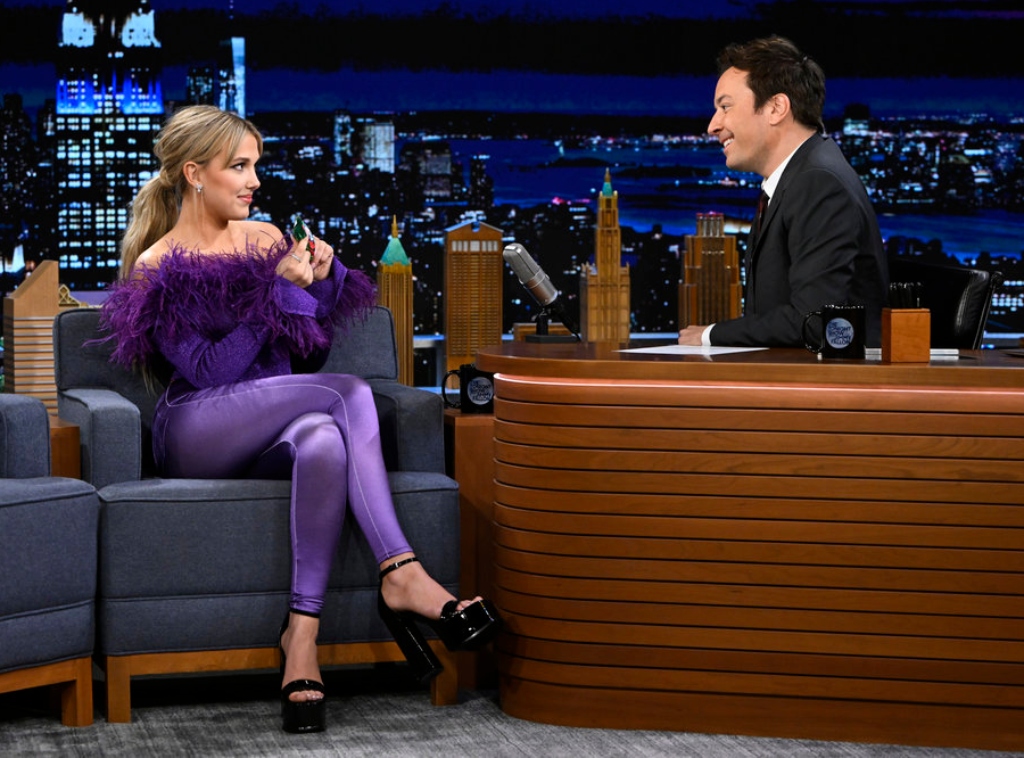 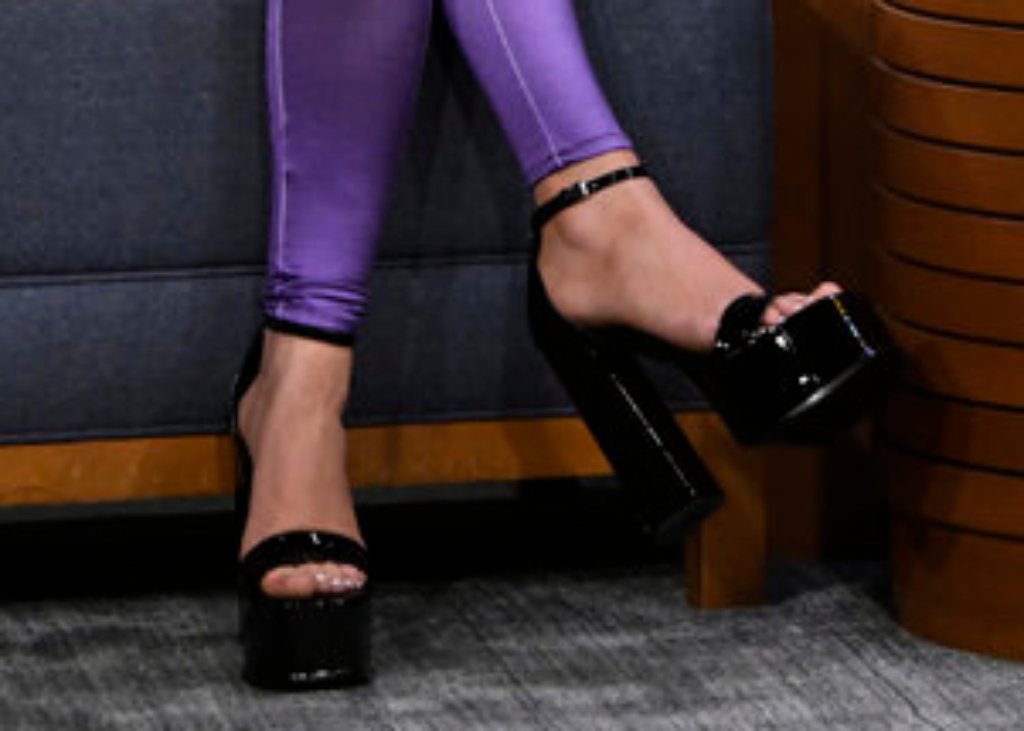 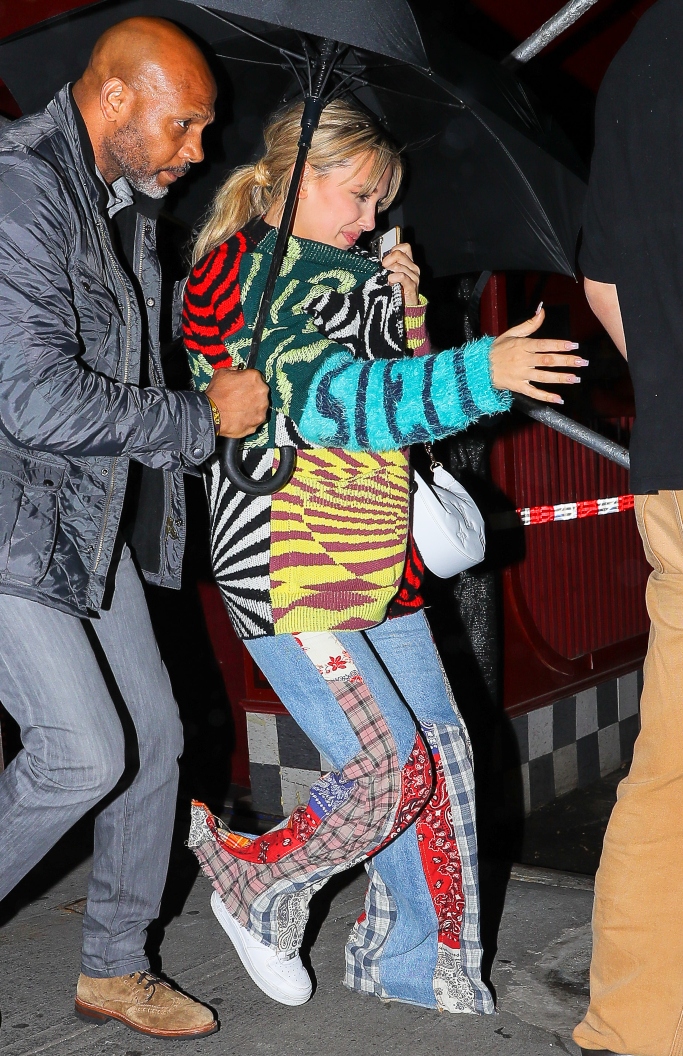 The “Stranger Things” star went monochromatic, sporting a sparkly violet off-the-shoulder top featuring feathered trimming and shiny lavender leggings from Raisa Vanessa. As for footwear, the 18-year-old added some height to her frame with a pair of black patent leather sandals featuring an ultra chunky platform base and a soaring high heel.

Wearing her blonde tresses up in a chic ponytail, she also showed off diamond and pearl earrings.

The British actress was also seen in another colorful look last night as she stepped out for a dinner date in Manhattan with boyfriend Jake Bongiovi, who happens to be Jon Bon Jovi’s son.

She wore a printed color-block cardigan sweater with flared jeans featuring hits of plaid, bandana and floral print. For shoes, she opted for classic, crisp-white Air Force 1 sneakers, which matched her handbag.

It was recently announced that part one of “Stranger Things” season four will debut on Netflix on May 27, 2022, with the second half following six weeks later, on July 1, 2022.

Flip through the gallery to check out Millie Bobby Brown’s style evolution.