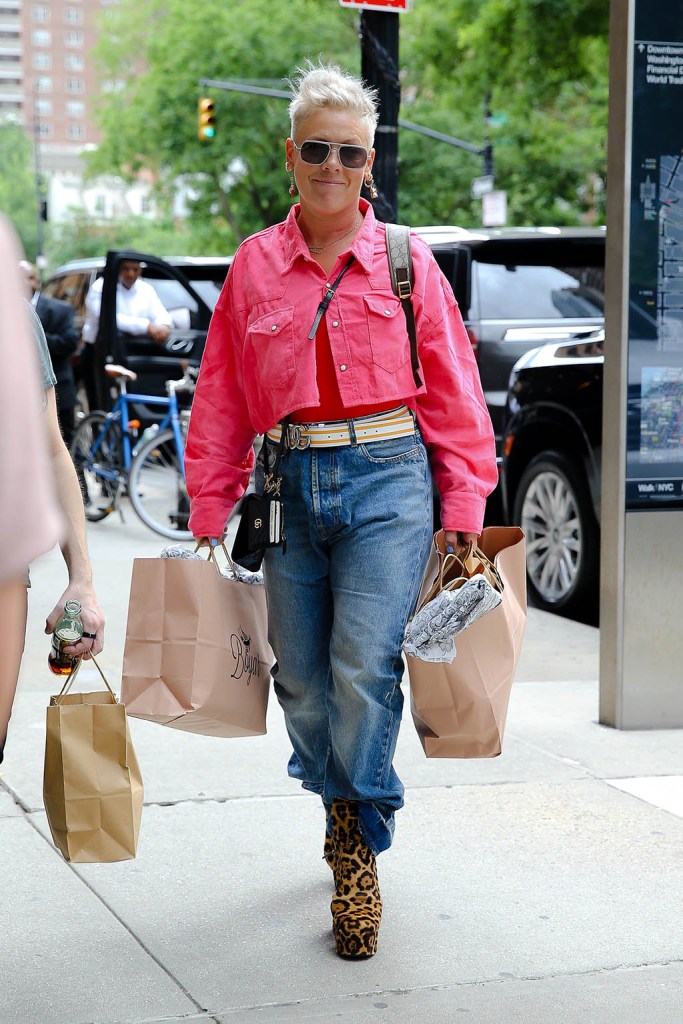 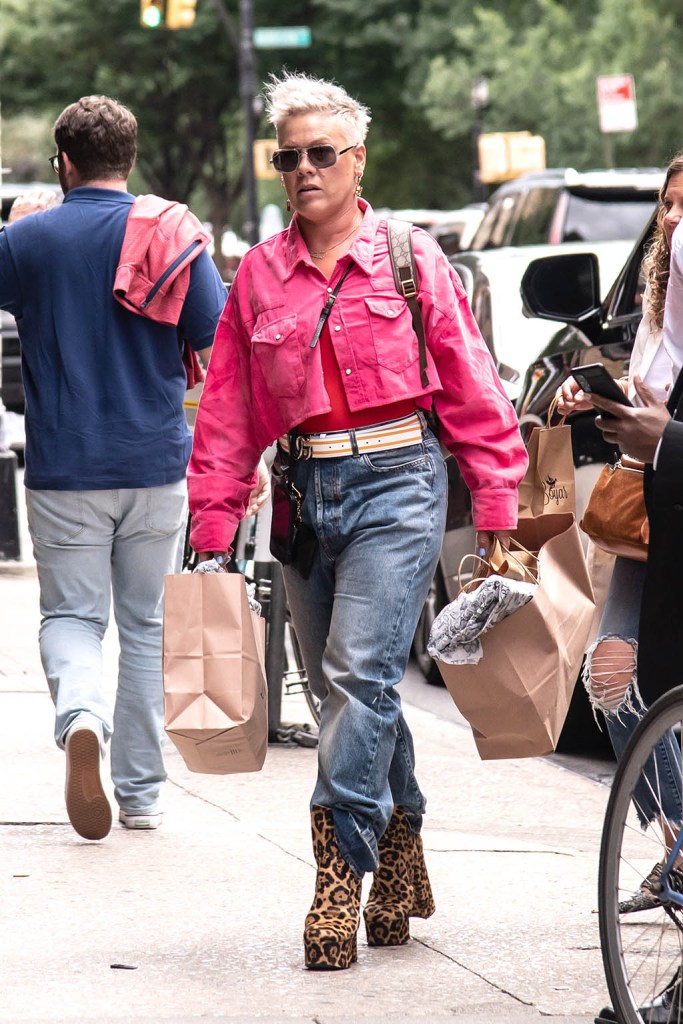 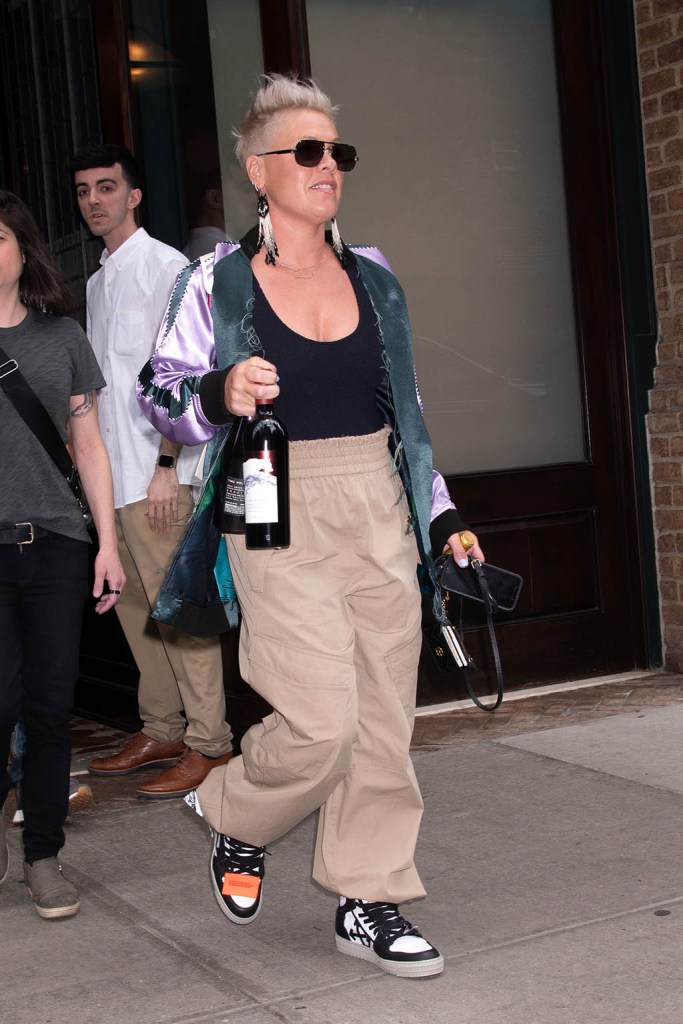 Pink stepped out in her trademark color as arrived at The Greenwich Hotel in New York City on Thursday. The “So What” musician served an edgy street style moment while hitting the pavement in the Big Apple.

The pop rock singer was all smiles as she made her way into the building. She wore a cropped pink jacket over a vibrant red shirt. Pink teamed her top with baggy denim jeans, which were held up by a wide striped belt.

Sticking to her signature grunge aesthetic, the three-time Grammy Award-winning artist accessorized with dark round shades and dangling gold earrings.

The highlight of the ensemble came from her towering leopard print platform boots. The height-defying heels ran up along her calves and featured a thick outsole and a stacked block heel. Post-pandemic, platform boots have emerged as one of the most popular footwear styles. The dramatic heel easily adds a flair and eye-catching element to any outfit.

Pink pulled out another look to hit the streets in the city. The “What About Us’ hitmaker gave major skater girl vibes in a purple satin track jacket and black bodysuit, which was tucked into a pair of tan trousers. The baggy bottoms had a wide, elastic waistband and cuffed hemline. She blocked out the sun rays with sleek black aviator frames and added a pair of feather earrings. Rounding out the look was a pair of black and white sneakers.

Pink has been a mainstay in pop radio for years, putting out albums and rocking the music charts. Her flair for music is almost as wild as her fashion taste, which never includes a dull moment. Her hairstyles also had an iconic transformation over the years, going from spiky mohawk’s to pastel pink pixie’s. Pink’s fiery attitude and self-reliant image has led her to become the punk rock star that she is today.

Click through the gallery to see more of Pink’s standout style moments.