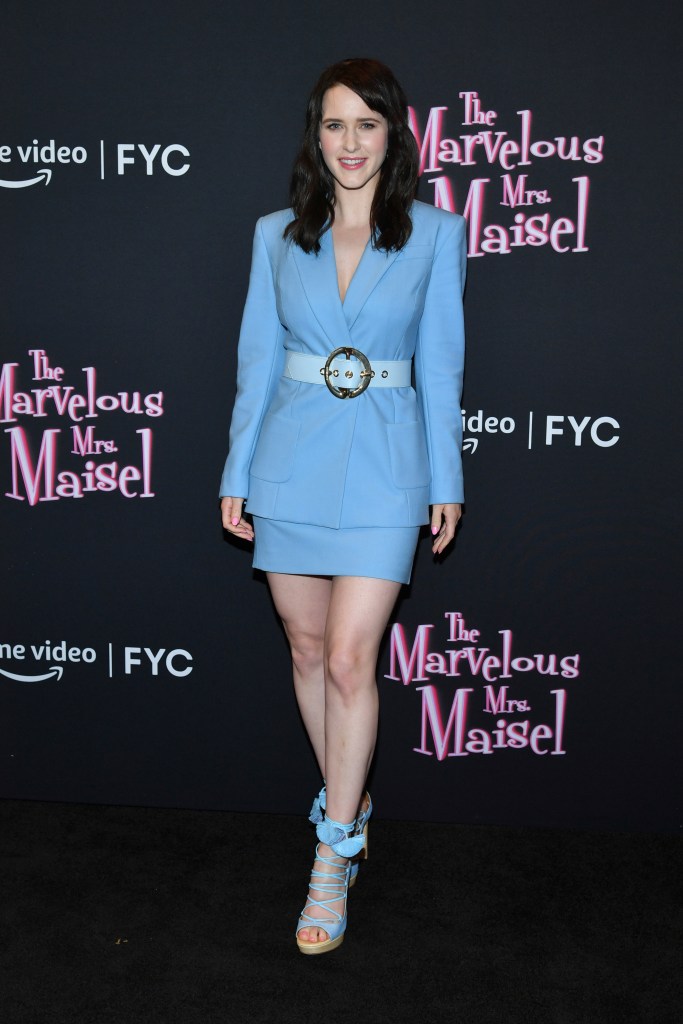 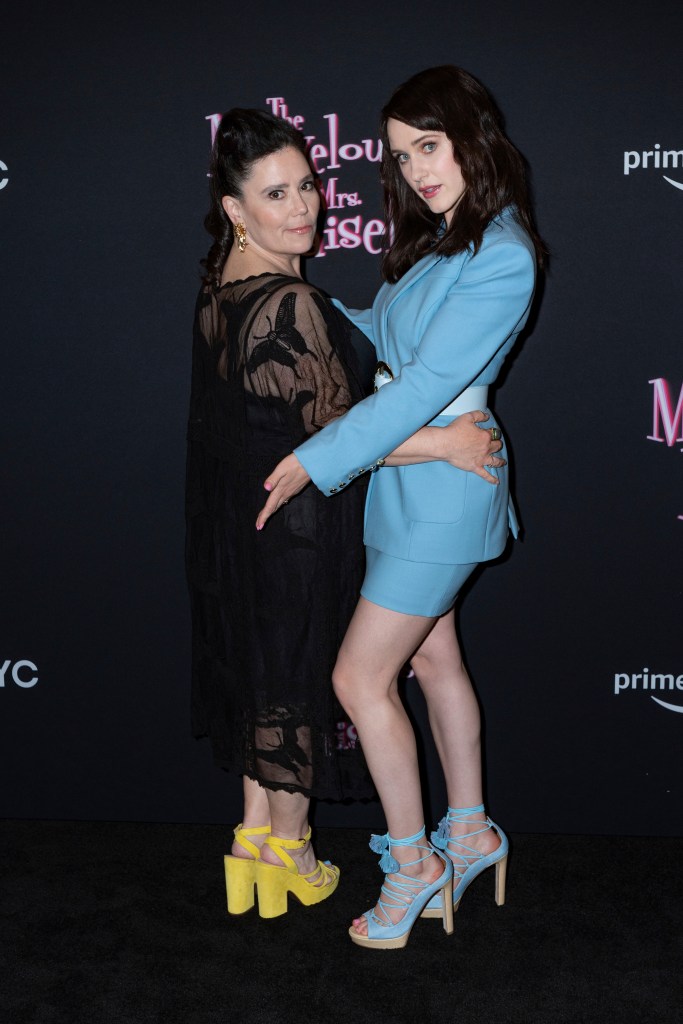 Rachel Brosnahan arrived well-suited with an icy blue storm of refinement yesterday in New York on the red carpet for the new season of “The Marvelous Mrs. Maisel”. The color of her monochromatic outfit looked incredibly chic with retro nods to the 1950s period series.

The actress wore a two-piece skirt set that brightened up the carpet. Adding a modern touch, the silhouette traded a ’50s midi skirt for a mini cut. The outfit was sleek and simple, but made its own statement opting for one color from head to toe.

She decided with a bare necklace, letting the belt around her waist suit the accessories portion of the outfit. It was a bluish-gray belt that worked well with the blend of light blues.

The shoes were a fine footnote as they were one of the greatest parts of the look. The straps tied up Brosnahan’s ankles before overlapping into a petal string. The sole of the shoe was a shade of gold, which complemented the summer-inspired idea.

Brosnahan was also seen posing with her co-star Alex Borstein, who wore a mesh dress with butterfly stitching and contrasting yellow platforms on chunky block heels.

From the 1920s to Today: High Heels Through the Decades